Malacca or Melaka is the top state to visit in Malaysia, in its best location – a mere 2 hour-ride from Kuala Lumpur and 3 hours from Singapore.

We had a quick stopover in Malacca for about 3 hours before going back to Singapore from Port Dickson.

How to Maximise 3 hours in Malacca?

A small city like Singapore, Malacca is famous for its historical landmarks and mouth-watering cuisine. Malacca’s a great place if you’re just looking for a quick respite from the city life.

See all sides of Malacca with my pick of things to do when you’re in this UNESCO World Heritage city, and while public transportation is a little scarce, most hotspots are within walking distance from each other, so invest in a pair of good walking shoes and start exploring! 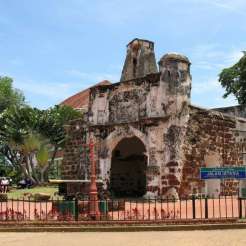 A’Famosa is perhaps Malacca’s best known sightseeing spot especially for history buffs. It is where the remains of a Portuguese military fortress built in the 16thcentury. Also known as the Porta de Santiago, it’s one of the oldest European structures in Asia. 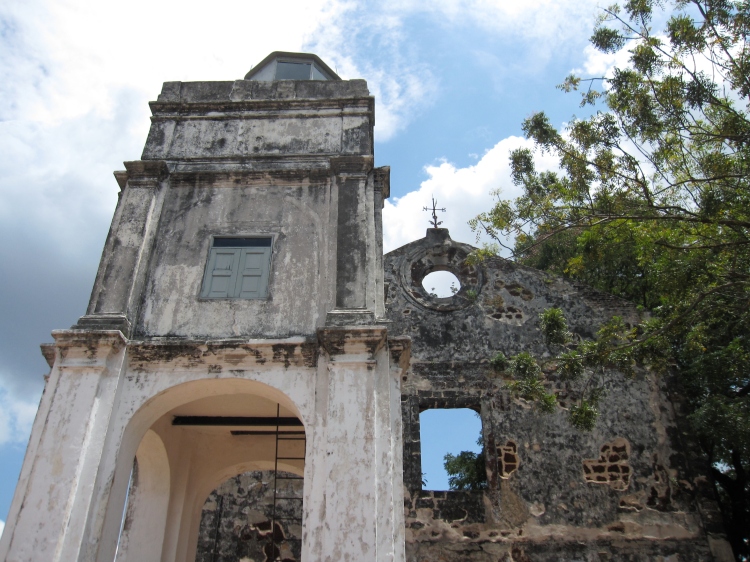 Uphill from A’Famosa is St. Paul’s Hill. It is a very popular destination in Malacca. This landmark is only accessible on foot and tourists have to climb up to reach the top of the hill. Admission to the landmark is free.

The ruins of St. Paul’s Church was built on the site of the last Malaccan sultan’s istana (palace), it was constructed by Portuguese fidalgo (nobleman) captain, Duarte Coelho, in gratitude to the Virgin Mary for saving his life during a storm at sea.

It was built on the site of an old Portuguese church by a French priest in 1856, in honour of St. Francis Xavier, a prominent 16th-century Catholic missionary also known as ‘Apostle of the East’. To this day, St Francis Xavier’s Church still serves its function as a Catholic church, with regular mass services being held from time to time.

Christ Church is located near to Malacca’s Chinatown centre. Across the bridge from the Jonker Street, it is one of the most popular sightseeing attractions in the Stadthuys area. A lot of colourful trishaws (You can pay to ride it) and directly opposite is the Historical Museum and Ethnographical Museum.

It was constructed due to the fact that when the Dutch first conquered Malacca, they had no place of worship other than St. Paul’s Church. Later on, when the British took over Malacca they added a weathercock and bell to Christ Church and transformed it from a Protestant church into an Anglican one. Entrance into the basilica is free; it is not a big building and the interior is dark yet cosy, with dark polished wooden pews that face the altar and large timber crucifixes that hang on the walls. 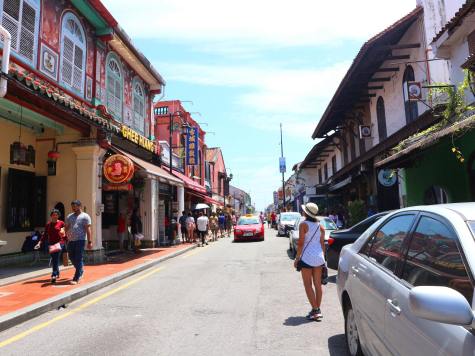 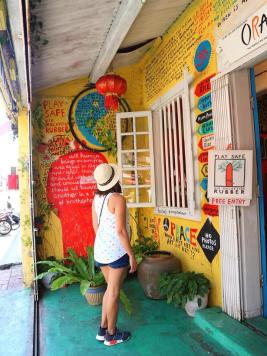 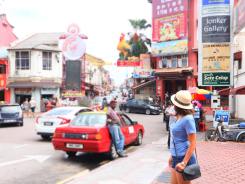 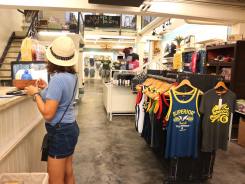 Malacca’s Chinatown is one of the well-kept areas in the old city. Apart from the beautifully preserved shophouses, it is also a popular destination for shoppers, antique collectors, and foodies alike because of the famous night markets and restaurants. There are plenty of attractions within Chinatown that you should definitely check out such as Jonker Street, Baba Nyonya Heritage Museum, and Cheng Ho Cultural Museum. 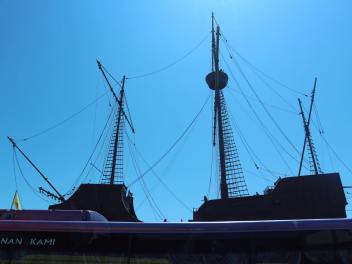 It is a replica of the Flor de la Mar, a Portuguese ship said to have been carrying loot plundered from Malacca when it sank off the coast of Malacca on its way back to Portugal. Opened to the public in 1994, this unique museum is an enlightening trip back into Malacca’s past. 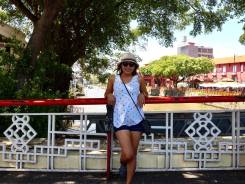 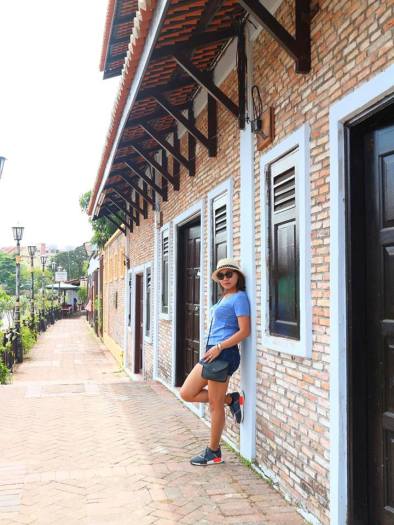 Melaka River was once dubbed the ‘Venice of the East’ by European seafarers as it was a prominent port of entry for traders from Europe and Asia during the late 16th century.

The river dominates the city and there are paved walks along both sides of the river. It is very creative the way the old buildings have been “muralled” to disguise their age and condition. On one side of the river there are shanties and at night rope lights not only light the walkway but obscure the view of the shanties. We like the shanties as it shows how people lived and still live.

We loved the history of Melaka and the legacy each stage has contributed to the way Melaka is now. We would certainly return if, once again, it was on our route to somewhere else.

By the way, while you’re in Malacca, you have to try the Assam Laksa and chicken rice balls!

Hello Stranger! We're thrilled you're here. We are Ed and Shay, originally from the Philippines but living in Ireland . We are both health enthusiasts and passionate about God's wonderful creations and making the most of our days on this earth. We dream of setting foot on every single country on planet earth, meeting adorable strangers and learning about new cultures. Our mission is to inspire you to live your best life -- be more adventurous, try new things, discover off the beaten path places and provide you with the best tips for your next trip. View more posts

This site uses Akismet to reduce spam. Learn how your comment data is processed.